Tåpped, a company that produces healthy birch water drinks, came to us because they were about to embark on a round of investment fund raising. They visited our studio to have a Discovery Deck workshop as a series of planning meeting exercises.

As the team worked through the session, the most interesting section was the Armour, Arsenal and Allies. As a start up, they are a relatively small team. However, as we talked, they identified a large network of people who had supported and helped them. In turn, this enabled them to build a profile of the kind of person who might be looking to invest in them.

When we came to their market, it was interesting as we shifted discussion from their usual market, which was either individuals looking for a healthy alternative to sugary soft drinks or supermarket buyers. Instead we were looking at people who would be attracted to the fast growing market for plant and tree waters. 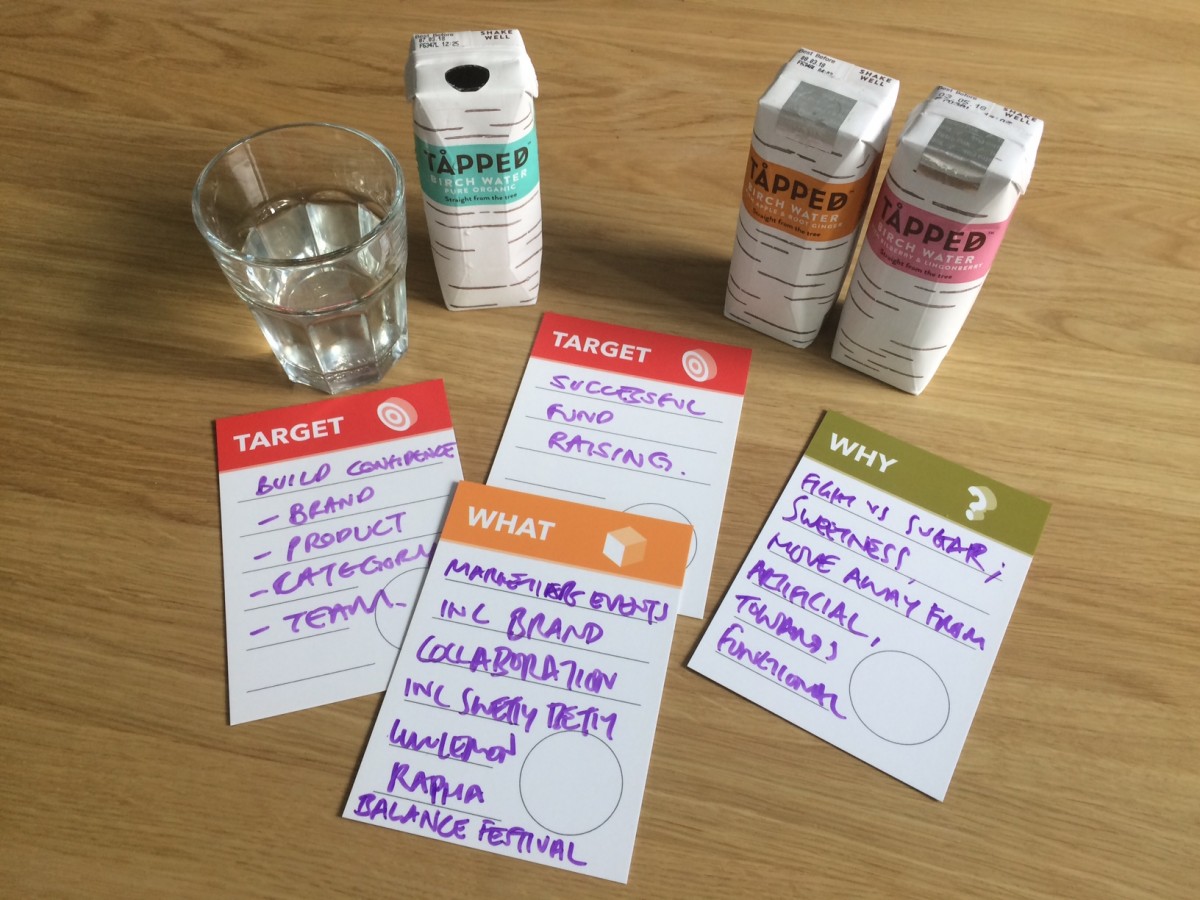 In all, it was a successful session. The Tåpped team left with a really clear idea of what their next steps were. Another example of the flexibility of Discovery Deck!

Kickstarting a crowdfunding campaign for a computer games company