Today we held a Discovery Desk workshop to help Rising Star Games get their Kickstarter messaging right. They’re crowdfunding a board game based on one of their cult computer game titles.

It was a rewarding session, nearly two hours, helping them really challenge the assumptions they’d made about the contents of the campaign. The two guys from Rising Star really got into the format, writing out the cards and giving them stickers. In one key stage they had to review their facts and say where were most relevant. There’s something finite and weighty about choosing which sticker and placing it on the card. I’m always fascinated by how adding a physical act to the decision making process makes you think about it in a different way.

By the end, they had the outline story for their Kickstarter campaign video. 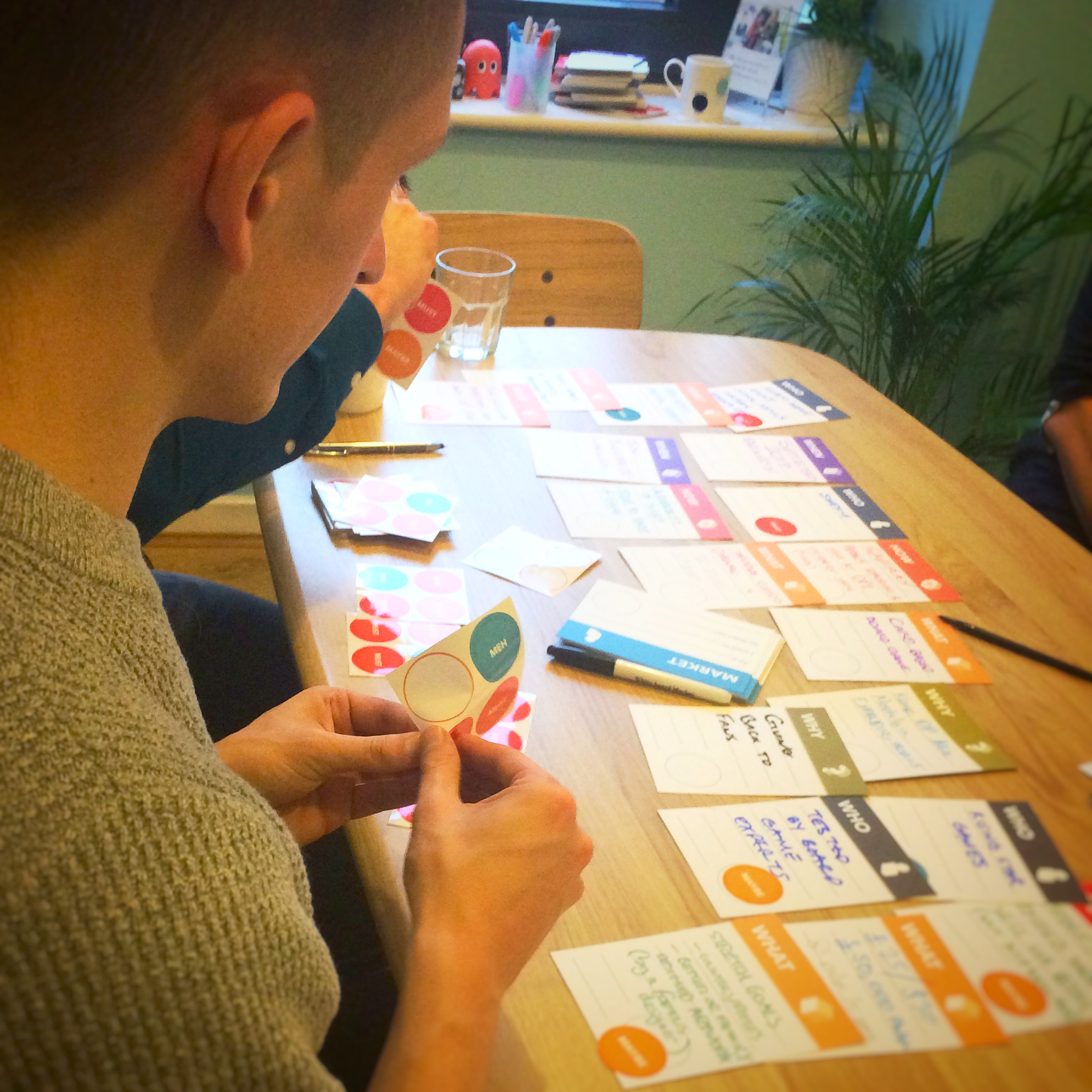 Gavin created the Discovery Deck process. It's an incredibly simple, powerful and effective tool to helping people unlock ideas around the projects their undertaking.

Next Post
Story November 12, 2016 Our new cards and stickers have arrived!